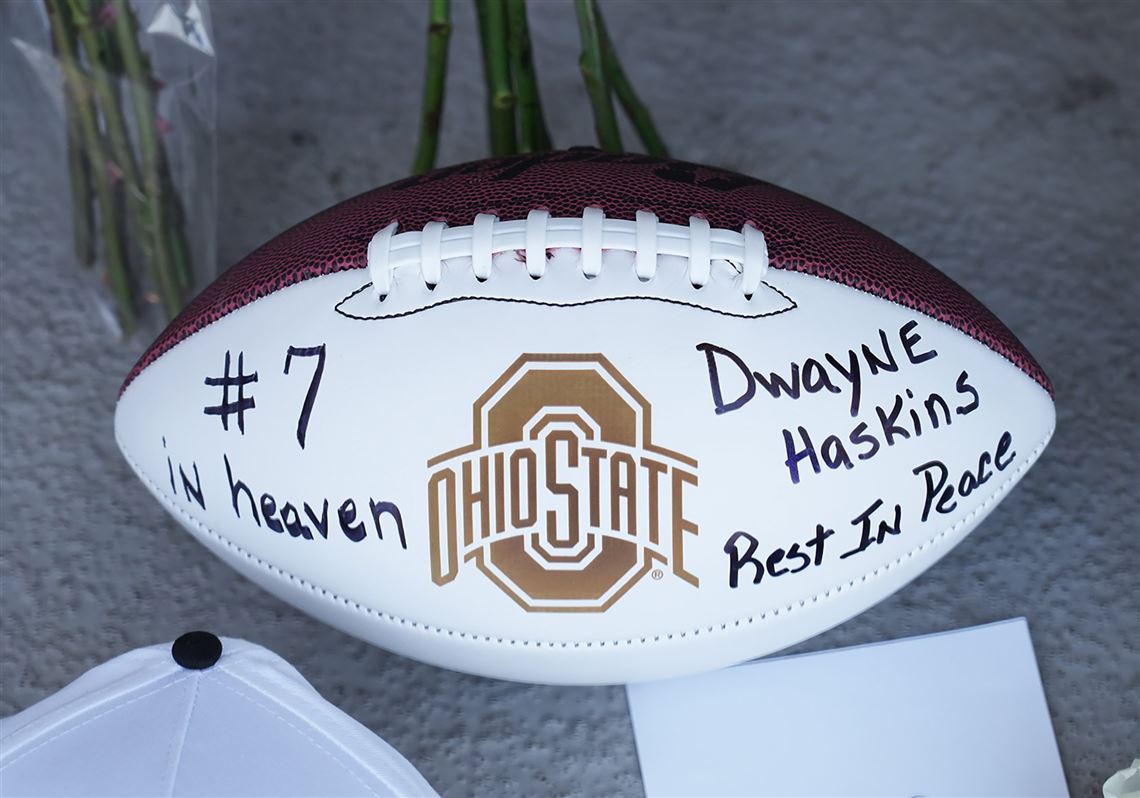 Dwayne Haskins was killed stepping in front of a dump truck on a darkened Florida highway. It was a shocking story, heartbreaking for his family, those who loved him for his football prowess, those of us who knew him during his tenure at Ohio State as a student and quarterback.

Two young women made the fateful decision to obtain and consume street-level Adderall, which tuned out to be laced with fentanyl. One day after Ohio State finals ended, the women, ages 21 and 22, both died from a drug overdose, heartbreaking for their families and friends, and those who knew them during their far-too-short time at Ohio State.

These moments share similarities—Ohio State students past and present who succumb unexpectedly and tragically to external forces before reaching the prime of their lives.

And with both stories I faced questions from student journalists who feel the privacy considerations involved in covering both stories far outweigh the public benefit that comes from reporting the facts, however tragic they might be.

The case of Haskins may seem more straightforward. A star quarterback at Ohio State before going on to an NFL career that included stops in Washington and Pittsburgh, he was a beloved collegiate player and pro trying to find the place that could stimulate and showcase his extraordinary talent. He was a father, brother and husband, but he also belonged somewhat to the public that adored and mourned him.

The initial report that he was struck by a dump truck having left his car and attempting to cross a highway early on a Florida morning left far more questions than it answered. Weeks later, toxicology reports reveal a blood-alcohol level more than twice the legal limit. It revealed narcotics in his system. It did not explain or excuse what happened, but it provided a small bit of clarity in the cloud of confusion that swirls around such a tragedy.

The question of whether to reveal the results was raised minutes after the report was released. Hesitancy came from a desire not to compromise Haskins’ integrity and reputation with the release of such allegations.

Facts, however, are facts.

If we wrote the facts, Haskins death would be no less devastating, and he would be no more deserving of the fate that befell him on that lonely road. People make choices. People make mistakes. People live with the ramifications of their actions.

But sometimes they don’t.

Our coverage of the facts does not bring Haskins back and it does not make his death any more or less tragic than it was the day it happened. But it might stop someone else from making similar choices or to think twice before they drink too much or get out of their car where safety and unencumbered common sense says they should not.

A similar debate arose the day we learned the identity of the two young women who overdosed on what seemed to be a recreational drug purchased in the joyous release of semester’s end.

The facts surrounding their deaths were relatively clear, but we did not know their names until the police report was released a few days after the tragedy. Surely, our editors said, we will not print them. It won’t help catch a criminal or bring them back to life. All it will do, they argued, was stigmatize two fellow students and further traumatize their families.

It would also bring more clearly into focus how people just like us make decisions from which they cannot recover.

There is no doubt many students have dabbled in street-purchased drugs during their time at college—kids who experiment and push boundaries, kids who see themselves in their collegiate years as indestructible, kids who have never yet made a mistake that has proven costly enough to have an everlasting effect on themselves or their families.

The public knowing the names and backgrounds of Tiffany Iler and Jessica Lopez would not bring them back, nor make their absence any less tortuous for their families. But what it would do is put a face and a major and an age on the horrible impact one decision might have.

Revealing their hopes and dreams and life plans can help other students consider their own place in this world—now and in the future—with an eye toward avoiding choices that might compromise them in both periods of time.

Writing the truth will not make these families hurt more than they do now and will forever.

What it might do is help another family avoid that hurt.

What it might do is help one person see the negative potential of a choice they may be poised to make, to the extent they avoid making it.

My heart breaks for the loss of these extraordinary young people. I knew Dwayne Haskins and will never forget the energy and enthusiasm he brought to every room he entered. I did not know Jessica or Tiffany, but I will think of them when I walk the campus we shared and know their spirit will live on in our Buckeye family.

It is the most everlasting gift we can give them.