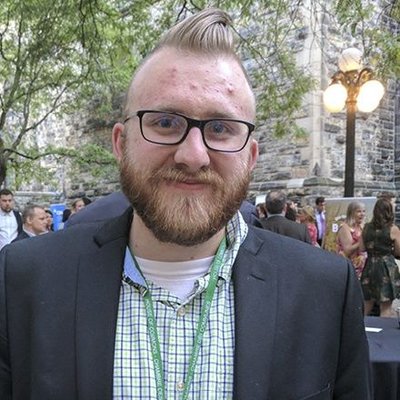 (This column first appeared in the March 2018 newsletter of the AEJMC Media Ethics Division.)

On the first day of Ohio State’s spring break, third-year journalism major Zach Varda put on a dress shirt and blazer, tucked his recorder and laptop into a messenger bag, and headed off to the Franklin County Court of Common Pleas.

While his classmates took selfies on the beach, Zach examined autopsy photos of a 21-year-old Ohio State student who had been shot in the head.

While other students spent time with their own families, Zach sat near Toby and Lisa Tokes, as they attended the trial of Brian Golsby, accused of the February 2017 kidnap, rape and murder of their 21-year-old daughter, Reagan.

It is the job of student journalists to cover news on and around campus, and few do it better than the staff of Ohio State’s Lantern Media. Covering an urban campus the size of Ohio State is basically covering a midsized town. Beats for student journalists include politics and development, infrastructure and medicine, galleries and arts, dining and student life.

And sometimes they cover crimes.

Our job as journalism faculty is to prepare student-journalists for any story that may need covering. But there are times when I’d rather cover their eyes, point them toward stories about new classes or academic awards, and allow them to stay unsoiled just a little bit longer.

The Reagan Tokes trial was just such a time

Instead, we turned them toward the most vile and violent of society, notebooks in hand, and gave them a little push toward innocence lost.

“I’m keeping eye on recorder, making sure I get everything, and thinking about what needs to be pulled out for the story, when I started to process what was just said,” he said. “I was awestruck–but in a bad way. I knew what just happened, and that it was probably about to get worse. And they were going to recount this night five more time.”

Zach watched Toby Tokes sit stoically, head in hands much of the time. He described it as “an out-of-body experience, observing someone else’s living nightmare.”

And then came the autopsy photos–close ups of two black gunshot holes penetrating the head of a girl not much younger than Zach himself, the blood matting her sable-colored hair.

The image, he said, has surfaced in his memory every day since the trial. And at night, when he closes his eyes, those bullet holes puncture his mind’s eye.

“We understand what reporting is about,” he said. “That’s our job, and part of that is to see gruesome things, so we can inform the public and not have them sit in a court room like this.”

But he also recognized that mental health must be part of journalism education at every level.

Zach credited his Ohio State journalism faculty with providing that education, through conversations in classes, guests speakers who shared their own reporting stories, live reporting simulations that take students out of their comfort zone, and follow up dialogues when coverage get tough. Mental health in reporting was even a specific focus of our student chapter of Society of Professional Journalists earlier in the year.

“We were as prepared as we could have been,” he said. “All of the classes I took I felt prepared me to do this. And we have such an open newsroom and journalism program, I can talk about my emotions and be supported.”

But Zach stressed that mental health should to be taken into account in every journalism program. The same training that teaches interviewing and the inverted pyramid must show student-journalists how to cope or seek help when their reporting gets emotionally challenging.

Golsby was convicted of Reagan Tokes’ murder and sentenced to three consecutive life terms. The Tokes family will continue Reagan’s legacy through scholarships and work on criminal justice reform.

At The Lantern, we will strive to continue her legacy as well, by preparing students to cover any story that comes their way with professionalism and heart. We will teach reporting techniques, help build writing skills, and provide the emotional support our students need to hopefully keep them safe and sane–through the good stories and the bad ones.

"Big school" means endless possibilities. ⭕🙌 Future Buckeyes can use this online tool to help envision what their unique Ohio State experience will look like.

Reporter/Designer
The Herald, Sharon, Pennsylvania; developing enterprise stories, developing contacts and attending meetings throughout the county; also will be a part of a 3-member design team to produce various pages throughout the week
https://buff.ly/355oPG6

Adam Boqvist says he was in bed for “four or five days” with COVID and that it him hard. Good reminder that while a lot of the cases in the NHL are asymptomatic, some of them aren’t, and it can hit anyone hard — even a pro athlete

The Office of Diversity and Inclusion@ODIatOSU·
3h

The Office of Diversity and Inclusion@ODIatOSU

So honored to be joined today in #osusportsmedia by @OhioStateWVB coach @flynnj11 and @OhioStAthletics’s @mariaslov to talk the relationship between coaches and SIDs. Incredible women doing an incredible job on and off the court.